Disclosing Paid Placements on a Blog

Mel Cooley: "I didn't come here to be insulted!"

Buddy Sorrell: "Oh, where do you usually go to be insulted?" 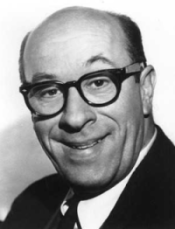 Last month I called out Dave Winer for selling a paid placement in Radio UserLand that was never disclosed to his users. This sparked a tempest in a TechMeme in which Mike Arrington dropped the hammer on Winer, declaring that his credibility was permanently shot by the secret deal. I am now obligated, under enemy of my enemy is my friend rules, to extend to Arrington my warm hand of friendship. If we ever share a room at an overbooked Web 3.0 conference and the power goes out during a blizzard caused by climate change and the conservation of body heat becomes a necessity, I am not entirely hostile to spooning.

Winer has posted a public apology for not disclosing the paid placement:

About a month ago, Mike Arrington ran an article at TechCrunch about a deal we did at UserLand in 2002 with Adam Curry, to include his RSS feed in the set of default feeds for Radio 8.0.

Mike, who used to be my friend and my lawyer, and who believe it or not I still feel affection for, said about me: "Credibility = Shot. Permanently."

When I read that I felt like Mike was aiming an ethical bullet at my head. Luckily I was wearing my bullet-proof helmet that day. ;->

I wanted to let the accusations settle in before responding in detail. This really was between me and the users of my product, and possibly people who read my blog. After giving it some thought, I believe we should have disclosed that Adam paid us for inclusion in the OPML file, and we didn't. I apologize for that.

I explained further in a post on FriendFeed, earlier today.

The apology's the proper thing to do, so I'm passing it along. I find it curious that among all the responses on Scripting News and FriendFeed, there isn't a single person who thinks Winer has anything to be sorry for, while on TechCrunch the general consensus is that Winer's back-room shenanigans with a veejay bring shame upon his family for several generations.

If my blog ever became a place where I was universally admired, that would suck all the fun right out of it. Unlike Mel Cooley, I do come here to be insulted.

You, sir, are a reprobate and a bum.

"Unlike Mel Cooley, I do come here to be insulted."


Fuck you, you former fatty. You couldn't even get obesity right, could you thumbdick?


I wrote a letter to your love life, but I'm worried it went into the dead mail.

And before anyone gets in ahead of me:


Your mother was a hamster, and your father smelt of elderberries.

Leave his dad alone, you dick.


Cadenhead, you are a fucking...cadenhead.

We have a photothread and you most certainly don't.

Thank you, folks. We'll be here all week!

Fascinating demonstration of the principle:


"No A-lister can be called to account, except by another A-lister (or even BiggerHead)".