The Size of Your Twitter Makes Me Feel Inadequate 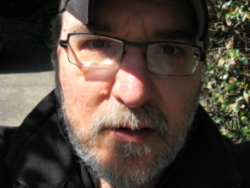 Dave Winer is criticizing Twitter over the suggested users feature, which was added recently to help Twitter newbies get more out of the service. In the past when you joined Twitter, if you didn't know anybody else using the service you'd end up with nothing to do, an experience akin to being the only person in an AOL chatroom, giving yourself A/S/L checks and telling yourself you just got home from cheerleader practice and it's time to get out of these sweaty clothes.

So Twitter now tries to buddy up new members with some big-name users like Michael Arrington, Ryan Seacrest and MC Hammer. These recommended buds end up with hundreds of thousands of people following them on Twitter. This has angered some people with tens of thousands of followers by making them feel small, though they pretend that's not the reason. Winer writes:

I pour a lot of effort into Twitter, and while I wasn't in the top tier of users, I was solidly in the second tier. I wasn't doing the things you have to do to get the most followers, or I didn't have a powerful media presence like Leo or Shaq to get me up there. ... It's now approaching 20,000, which I am proud of, but it's not very much compared to the numbers of some people who did nothing other than be friends of [Twitter founder] Evan Williams to get hundreds of thousands of followers. ...

Think about it this way -- do you know who wrote Apache or PHP? Do any of them have the power to deliver so much flow to an installation of their software? Imho, that's exactly the relationship Twitter should have with its users. Or the phone company and users of phones -- they shouldn't jump into a conversation and say (for example) "We know someone really cool you would probably like to talk to. We're connecting you to them now."

Seven years ago, Winer was running UserLand, which had just come out with Radio UserLand, software for publishing blogs and reading RSS feeds. Radio UserLand was a pretty big phenomenon at the time that had an appeal not unlike Twitter today. Users formed relationships by subscribing to each other's blogs, getting updates in real-time through the RSS Cloud API and republishing interesting items they found on their buds' blogs. (Kids today call this retweeting.)

I wasn't on that list. I poured a lot of effort into Radio, and while I wasn't in the top tier of bloggers I was solidly second-tier. Former MTV veejay Adam Curry was on the list, and in July 2003 he revealed why -- he secretly paid Winer $10,000:

Time to come clean on an investment I made a year and a half ago. At the time, UserLand software had released a Mac OSX version of Radio and I was totally digging the built in news aggregator. I came up with a cunning plan: I asked Userland if I could purchase a pre-installed feed on their aggregator, which supports RSS xml feeds. I paid $10,000 for a one year license. To date I've been delighted with my purchase and although I haven't checked recently, I'm pretty sure Userland still has me in the defaults. ...

The $10k didn't 'just' give me an automatic base within the userland community, it got pasted on web pages all over the world and I've built up an audience that consists of 50% aggergator users.

So when Winer was in the same position as Twitter, his software included a paid placement, something he never disclosed to his users.

I try not to reach back into the Winer wayback machine too often, because I'd prefer that people forget how I used to pumice out his corns as we sat on the beach and discussed which of his inventions I liked the bestest. But his secret deal with Curry is worth remembering as he crusades against Twitter:

[Twitter board member Bijan Sabet] says that Twitter is the little guy, but to me they look big -- huge -- when they have the power to move people up the ladder so quickly, and introduce doubt about their relationship with individual users. When being in favor with Ev means so much. That's screwing the whole thing up.

So good. So, so good. The only real difference is that Twitter *is* huge -- but Radio was never more than a niche thing, and ended up as forgettable as all the other niche things of the era.

No real opinion on this, but I wholeheartedly endorse the use of the word "twat" for people with a lot of Twitter followers.

Did you really say "pumiced his corns?"


I'm trying to take a little break from work, not tear up from trying not to laugh audibly. Have some consideration, will you?

I was surprised, myself, Ross. As a conservative poster, I can't use profanity, because even the unprofane adjectives I do use elicite accusations of insanity, overuse of medicin, or for not taking enough of the 'prescription' they invent for me. Example of disagreeing with the Left ... while avoiding ...


However, this is Rogers' site and he can belittle anyone he cares to denigrate, dehumanize and hold up as icons of Twatdom. Winer being one of his prime targets; along with Drudge ...

Don't forget Dave giving me all his flow when I started TechCrunch.

Rogers' note: As noted below, the IP address of this comment suggests it's not really from Mike Arrington.

Wow. Did I, or did I not, just read Mike Arrington imply that he made a deal with Dave Winer to get flow when Techcrunch started?


Good old boys club is right -- no wonder we women can't get ahead. We didn't know we had to pay upfront.


I had completely forgotten about the pre-installed Radio feeds/blogrolls!

Well, Rogers, you're #1 in my book! Didn't realize you were on Twitter. Followed! I don't follow Dave, BTW.

Rogers, you need to install support for OpenID -- we can't tell if the commenters calling themselves Mike Arrington and Robert Scoble are the same folks.


Regardless, Robert, yes, once upon a time you did link to people.

You're right -- I need OpenID here and will try to get that running soon. While we're on the subject, the IP address for Mike Arrington's comment is different than the IP address on email he sent me yesterday from TechCrunch.Com. It's probably a spoof.

I feel pretty stupid for having responded to it, then.

If you need help with OpenID, drop me an email. Integrating it into the consumer side of a web application isn't obvious.

I support OpenID as much as I can with existing Drupal modules, and am now looking at creating my own specific to comments, and without requiring registration of users.


Frankly, maybe I should just say to hell with commenting, here, at my site, and everywhere else.

The offer to help applies to Shelley too. PHP has good libraries that implement OpenID. And my site is an instance proof that one can implement OpenID with comments without requiring either login or registration.


Basic flow: identity lookup, stash the comment, construct a URI with the key to the comment, redirect to the openid site, and upon a redirect back, verify the identity, retrieve the comment, and proceed.


Identity lookup and verification are the parts provided by the OpenID libraries.

So glad to see someone reply to Winer's idiotic screed-- he's really earning his surname these days, whether it's Twitter, OS X, or what have you.

Your site is what I'm using as model, more or less. I'm removing user registration totally.


When you're trying to construct a reusable Drupal module, utilizing existing OpenID functionality built into the tool, and working to ensure effortless install for others, the task becomes a little more challenging.


Sorry I'm not going as fast as you think is acceptable.

Shelley: I made no judgment, simply offered to help.


Registration is totally orthogonal, though it is built on top of the same infrastructure. It's purpose is to allow people to subscribe to posts via XMPP. I set this up for myself (minus the registration part), but others wanted in, and surprisingly a number do make use of it.