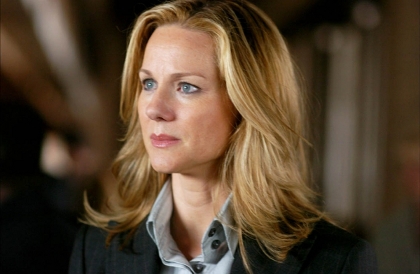 There's an interesting cover story on the actress Laura Linney by Frank Bruni in the current New York Times Magazine. Linney's had a remarkable career in movies, television and Broadway, but it didn't begin taking off until she was 35. Now she's one of the small number of actresses over 40 getting meaty roles.

After losing close friend Natasha Richardson last year in a fluke accident that occurred on a ski trip, Linney's taken the lead role in the mortality-themed The Big C, a Showtime comedy about a woman with terminal cancer that premieres Aug. 16.

Linney was approached about The Big C in the summer of 2009. The first episode -- the pilot, really -- was shot in November, long before all the others, and Condon remembers that when she asked him to direct it, "she talked about how she felt almost this kind of compulsion to do this, because Natasha’s death had really, really brought so much into focus for her about the fragility of life, and figuring out what to do with it."

What her character on The Big C does with expressly numbered days is eat more desserts. Sneak cigarettes. Dig the backyard pool she has always wanted. Insist that her son spend time with her. And hammer certain life lessons into him before she loses the opportunity to.

I hope the show is funnier than Bruni makes it sound -- the Times has a tendency to make everything sound like an AP English homework assignment. Apparently, laughs are going to be mined from the life changes Linney makes, going from being a sensible wife and mother to someone who lets "her freak flag fly."

Showtime's example of the depths of her unleashed freakiness: "Who says you can't eat dessert as an appetizer?"

That still doesn't sound remotely entertaining. Linney has a tough job ahead of her.