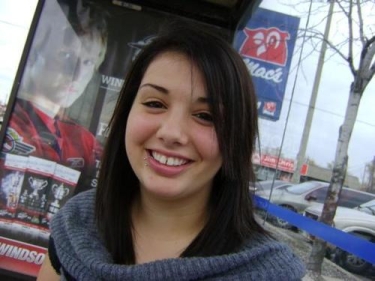 Since joining Twitter on Feb. 24, Conan O'Brien has amassed more than 534,000 followers and posted 10 tweets. Contractually exiled from late night television until September, O'Brien has embraced the new medium, sharing inane personal details of his life, airing petty grievances and even posting a Twitpic of how many people it takes for him to compose each tweet.

Friday afternoon, O'Brien announced that he has taken his first follower:

I've decided to follow someone at random. She likes peanut butter and gummy dinosaurs. Sarah Killen, your life is about to change.

Killen, a Fowlerville, Michigan, resident who has the username LovelyButton, has already acquired 10,200 followers and become one of Twitter's trending topics.

Furthering the insanity, her recent tweet calling Fowlerville resident Russell Bigos "an idiot" is making him a figure of scorn and sympathy. Killen's fiance John Slowik Jr. posted on Facebook Jan. 12 that he was "about to woop bigos in nba2k10," so this could be a videogame basketball rivalry gone terribly wrong. We'll have to wait for the media to dig for answers.

MTV did a video interview with Killen Friday night. She told MTV she was asked in advance by an O'Brien rep if it would be OK to pick her. Since her selection, she's received a free Apple iMac from HornBlasters and offered other freebies for her impending wedding.

Killen posted a link on Twitter to her Susan G. Komen 3-Day for the Cure donation page, where she's raised $1,100 towards her $5,000 goal in nine hours.

By the way, I've also decided to follow someone at random. He likes Jewish action figures and the metric system. Jonathan Bourne, your life is about to change.

Update: Sarah Killen is friends on Facebook with Aaron Bleyaert, the former Tonight Show with Conan O'Brien blogger, so it's possible that the selection wasn't entirely random. This scandal could go all the way up to the top! What did Coco know and when did he know it?

Glad I could be of service. If you will let me know what you will be searching for in 10 minutes or so, I will serve more piping hot journalism on that topic.


This Conan joke is funny, but how amusing will it be to him in a week when ten thousand people are beating him down with follow requests?


"Sarah Killen is friends on Facebook with Aaron Bleyaert, the former Tonight Show with Conan O'Brien blogger, so it's possible that the selection wasn't entirely random."

I think Bleyaert may have become her Facebook friend after asking her for permission to do this stunt. He's the most likely person in the Coco empire to be fiddling with O'Brien's Twitter.