What Do You Use to Read RSS Feeds? 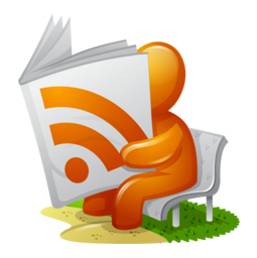 In 2007, the RSS Advisory Board published the RSS Best Practices Profile, our advice for how to produce RSS feeds that work best in the wide variety of feed readers, web browsers and other software that consumes feeds. The RSS specification is poorly written in several areas, leading to disagreement over the correct way to do things. We wanted to help programmers and web publishers avoid these hassles.

Since then, Google Reader and NewsGator Online shut down, Bloglines moved to a new software platform and FeedDemon is up to version 4.5. Web browsers all have significant upgrades and Google Chrome has sprung into existence.

I thought it was time to look at whether all of the profile's advice is appropriate with current feed reading software. As the first step, I posed this question today on the RSS-Public mailing list:

What software do you currently use to read RSS feeds?

For years, I read feeds primarily with Bloglines. I moved to Google Reader and when it was killed (sigh), I switched to Feedly after a few months where I didn't read feeds at all. For podcasts, I use Apple iTunes.

After the death of Google Reader, I tried all of the usual suspects. I ended up sticking with the digg reader -- imported my GR subscriptions, is fast, and maintains read state sync between web & mobile app versions.

I use Tiny Tiny RSS installed in a subdomain of my site. It's been pretty flexible and I was able to easily setup a links blog syndicating my shared posts. When Google Reader shut down I used Fever for a bit because I liked it being on my own server but the features were really limiting so I switched to Feedly for a few months before finally settling on TT-RSS.

On Ubuntu I use Akregator but always open an article in the external browser because many web sites will hang up the internal browser.


My wife uses a screen reader on Windows 8.1 so I put the feed links on a web page and Firefox renders the XML acceptably well on most sites.


On Android I use Feedly because the Android browsers render XML as text.

Digg Reader. It's buggy but best replicates the experience of Google Reader (RIP).


I used The Old Reader until overwork drove the developers insane.

I'm using newsblur; I refused to try feedly because of its obfuscation of outbound URLs, which is just a dick move.

I use NewsBlur, I think it's pretty great. InoReader is pretty good, too.

I'm an old Bloglines user that got shoved to Google Reader. Now, I'm using TheOldReader. They got their crap together after moving the data center. Although now they want to charge dollars, which is fine, especially after the Bloglines debacle, and I paid some money to keep them going.


At 1k+ feeds, I decided it would be worth it. I tried Tiny Tiny RSS, but I didn't like it. Feedly was having it's growth problems when I tried it. Changing readers is a pain, especially with the amount of feeds I have, you're never caught up.

I refused to try feedly because of its obfuscation of outbound URLs, which is just a dick move.


What do you mean? I just checked Feedly and couldn't find anything unusual with how links in a blog post were treated.

I use my own homegrown RSS-to-mbox script called feedmbox: bitbucket.org


Does the job nicely and since it is open source. If anything does happen we can always make a new one.


I miss the sharing of GR and decided to make a tumblr for that part.