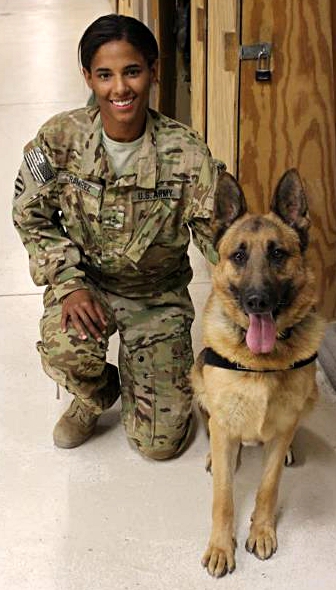 The deaths of three U.S. servicemembers in Afghanistan were announced this past week by the Department of Defense.

Ramirez (pictured above) was the only African helicopter pilot in the Army, reports Mwakalishi. She was born in Nairobi, Kenya, to a Kenyan mother and Puerto Rican father and attended Braeburn School in Nairobi.

She earned her Kiowa Warrior aviator qualification in 2008 after enlisting five years earlier as a water purification specialist. Both Ramirez and Montenegro were nearing completion of their year-long deployment.

Osborn was a high school wrestler who gave up competing at the collegiate level to enlist in the Army, the Louisville Courier-Journal reported. He competed at state weighing 152 pounds as a senior and captained the McCutcheon High School Mavericks team that was regional champion in 2005.

He was just six weeks into his first deployment, CBS Minnesota reported.

CNN reported Sunday on the Aug. 10 death of Marine Lance Cpl. Gregory T. Buckley, 21, of Oceanside, N.Y., which was noted earlier on this blog. Buckley was killed with two other Marines when a new Afghan policeman was handed his weapon and immediately opened fire. He was due home in two days to see his younger brother play varsity football for the first time.

Buckley's father Gregory Sr. said his son feared being killed by one of the Afghans he was training. "He told me, 'If I have to stay until November I'm not going to come home. ... You gotta be able to tell mom, Justin and Shane that I'm going to be killed over here. I said out in the field? He goes 'no, in our base.'"