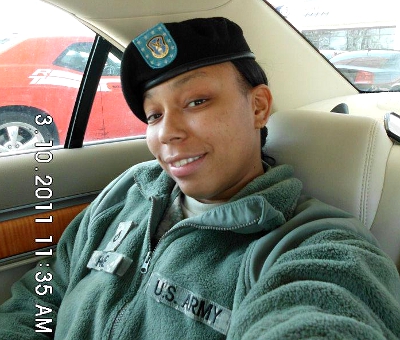 The deaths of 13 U.S. service members in Afghanistan were announced this past week by the Department of Defense.

The military has not disclosed the cause of death. Horne (pictured above) was only the 37th women in the U.S. forces to die during the 11-year war in Afghanistan. An AP photo shows Horne's flag-draped coffin being carried off a plane at Dover Air Force Base.

In the days before she died, Horne was exchanging messages with friends on Facebook, where she had an account at the address LilArmyGirl. Asked how she was doing in Afghanistan, she replied on Aug. 20, "ok so far." A day later she told a friend, "miss you too honey bunches of oats." Horne graduated from Greenwood High School in 2010 and joined the Army that August.

Her friend Will Coleman, a fellow member of the Greenwood class of 2010, wrote Saturday on Facebook, "Known this girl for years, one of the closest friends I ever had and she meant so much to me. ... I know I had my ups and downs with her but regardless of all that we were still tight. I really don't know what else i can say at this moment. I'm still in shock over it all." 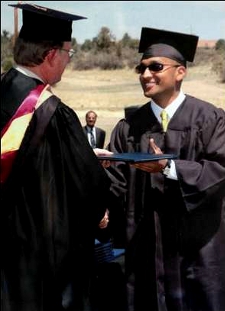 Krause, 29, (pictured at right) was born in Sri Lanka and came to the United States as a 14-year-old boy when he was adopted by Suzie Krause-Schmidt and Brian Schmidt. His biological parents Daya and Yolette Abayasekara followed him to California's Coachella Valley two years later. Nicknamed "Ba" because he was the youngest of three siblings -- the "baby" of the family -- Suresh Krause joined the Army in 2007 and became a Black Hawk pilot two years later. He lived in Cathedral City, Calif., and graduated from Cathedral City High School.

Krause's father Brian told TV station KESQ that they liked to duel each other in sessions of air guitar. Brian recalled, "His favorite, 'Don't Let the Sun Go Down on Me' -- he was probably the worst Elton John."

Brian knew something was wrong before Army officials arrived at his home, he told NBC Los Angeles. Suresh "checks in right away if there's a crash, to let us know," Brian said.

Feeks, 28, of Edgewater, Md., and Warsen, 27, of Kentwood, Mich., were members of a Navy SEAL special warfare unit.

My sympathies to all of the comrades, friends and families of the fallen. Semper fi. JT