Not Now, I'm Getting Tested for STDs

A current story on CNET describes a British effort to create a cell phone app that can conduct tests for sexually transmitted diseases (STDs):

In an attempt to cut the UK's rising rates of herpes, chlamydia, and gonorrhea, British health officials say that sexually-transmitted infections will soon be able to be diagnosed by placing urine or saliva on a computer chip, plugging it into their cell phones or computers, and getting results within minutes.

Leaving aside the issue of whether it's a good idea to manufacture one-use computer chips for people to pee on, the story is illustrated by this David M. Goehring photo, which he licensed under Creative Commons: 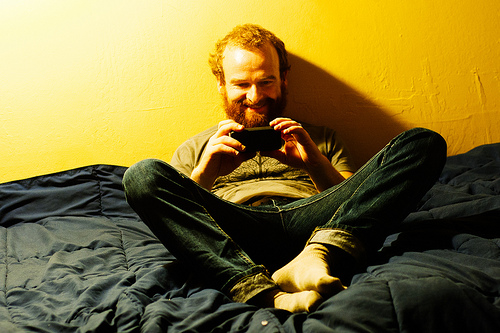 CNET is following the license, but I wonder what Goehring's subject -- shown frequently in his photos -- thinks about being the poster child for getting tested for STDs.