Exercising My Right to Petition the Government 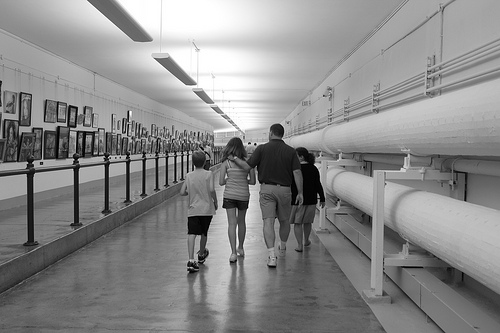 On Tuesday I visited five Congressional offices in the Capitol to make the case for small publishers who rely on targeted Internet ads for revenue, an event that rated a story in Politico. The Interactive Advertising Bureau invited web entrepreneurs to come to DC and meet members of Congress and their aides, hoping to make the point that thousands of Americans are running businesses powered by these ads. We're one of the only sectors of the economy that's been growing during this recession.

Although I had to pay my own travel and hotel costs, I accepted the invitation to tell the story of the Drudge Retort. As a former newspaper journalist, I've been able to run a social news site that receives two million visits a month because of the revenue generated by online ads. My wife lost her job as a reporter in a layoff two years ago, and we've endured the tough economic times with the help of the site.

There are a lot of Americans running web-based businesses in circumstances like ours. Reporting jobs are disappearing, so we've started our own media empire out of the house.

With several web publishers and a lawyer for the IAB as chaperone, I met aides for Reps. Diane DeGette (D-Colo.), Michael Castle (R-Del.), Bill Young (D-Fl.), Charlie Melancon (D-La.) and Mike Rogers (R-Mich.). We wandered around a catacomb of ancient underground hallways that connect the Rayburn, Longworth and Cannon buildings where members of Congress work, getting 10-15 minutes with each aide to argue that proposed new legislation would crush our businesses, send jobs overseas and cause web advertising to be considerably more annoying than it is today. There's an Internet privacy bill by Reps. Rick Boucher (D-Va.) and Cliff Stearns (R-Fla.), currently being circulated as a draft, that could be interpreted to require every bit of targeting in online marketing to be opt-in.

Although that sounds OK in principle, in practice there's a lot of personalization going on today thanks to anonymous cookies, IP addresses and the relationships customers build with online sites. Dell sends an email to you offering a warranty extension for your laptop. Google delivers local restaurant ads based on the geographic location of your IP address. An Amazon shopper who buys the latest Justin Bieber album is told he might also enjoy earplugs.

I thought I did OK in the meetings, though it's a challenge to pitch the public benefit of something that's so obviously tied to your own self-interest. I was reminded of the old saying that "what's good for IBM is good for America."

Before I went to the Capitol, I sought advice from the members of the Retort, getting all manner of helpful and not-so-helpful suggestions. One comment from Dirk, a libertarian member of the site, gave me something to talk about in several meetings.

At the end of the day the internet is about servicing humanity through the vital sharing of information. Government intrusion only hinders this important service that you provide. ...

Right makes might and you are in the right. This is "a unique medium for humanity to share information and ideas" don't let anyone compare it to any other areas of communication that have been regulated in the past and if they attempt to point out where those forms of communication have died off.

If you've spent any time on the Retort, you know that it's a cantankerous community of people of all political stripes who show up each day to yell at each other about the news of the day. And yell at me.

But one thing the members do agree on is that the Retort and thousands of other independent blogs are an important vehicle for free expression. The third-party ads that run on the site leave me beholden to no one, because I'm not required to directly solicit advertisers and other entities for support. The stories that run on the site are based on my own editorial judgment and that of the users who contribute their own links. The users of the site are as invested in the success of this business model as I am.

Although I did not get to meet a member of Congress in an official capacity, while crammed into one of the Capitol's tiny elevators in the Rayburn building, I accidentally elbowed a well-dressed mustachioed gentleman square in the nose. He had been graciously helping us find the tunnel to the Longworth building.

I found out later he was Rep. Ciro Rodriguez (D-Texas).

Credit: The photo of the U.S. Capitol tunnel going to the Cannon Building was taken by Indianagal.

Thanks for the mention. Yes, I had a bit of a moral quagmire considering that we were working so closely with a front group for many of the media/ad corporations I despise on general principle.


In the end, I had to rationalize the fact that we -- as small publishers/journalists -- were on the same side as corporations fighting this potential privacy legislation. It just wouldn't be wise to deny myself the opportunity to have that kind of access to Democracy as most of us will never come close to lobbying members of Congress (face to face in my case) for any reason.


Are we tools and hypocrites? Yeah, probably. But I made some great connections (like you for one) and have a wealth of material for future opportunities. I hope you weren't down-wind of my afternoon 'fart-a-thon' in the Congressional hallways:) Let Freedom Ring -- I can smell it now and it is not pleasant.


Great story. I was there with you, as you well know, and am in the same boat. All I can add to your eloquent synopsis of the event is what might happen if the legislation goes too far.


From the lens I look through as a small publisher, I see the 52,000 people that come to my AsktheBuilder site each day in pain. Something is wrong at their house.


Because of ads that run at my site, I'm able to post thousands of columns and hundreds of videos for FREE that solve their issues and save them thousands of dollars. All this because of the magical third-party information that's harmlessly passed between servers.


If the passing of that information is restricted, you and I both know that our ad revenue will drop. At some point, you, I and thousands of other publishers will close shop and shut down our sites. Where will the people then find our information?


Bottom Line: We need to educate the public that certain information can be passed harmlessly. Are there scoundrels out there abusing the system? You bet. But these decroted pieces of crap have been around for decades before the Internet. We should focus our resources on finding these slime bags and getting rid of them.


I sure hope to see you up on the Hill next year so we can continue to help our representatives understand all the complexities of this issue.


It was great meeting you.


Tim Carter
Founder - www.AsktheBuilder.com Do it Right, not Over.