Firedoglake publisher Jane Hamsher has become one of the most polarizing figures in the liberal blogosphere, moving people sharply to the pro or con column with her outspoken opposition to the health care reform bill, appearances on Fox News bashing the Obama administration and the letter she sent with conservative activist Grover Norquist demanding the resignation of White House Chief of Staff Rahm Emanuel. 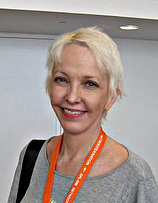 Hamsher wields a lot of influence by operating two Democratic political action committees, FDL Action PAC and Accountability Now PAC. By the end of 2009 these PACs had accumulated $454,000 from thousands of individual donors. Because all PACs are required by law to report their donors and expenditures with the Federal Election Commission, I thought the FEC disclosure database would provide a revealing glimpse of how money is moving through the netroots.

PACs have different policies regarding whether they compensate the people who run the committees. Some don't accept one cent of donor money and devote it all to their cause, while others pay themselves salaries, travel expenses and office rent. I interviewed Darcy Burner, a former Democratic Congressional candidate from Washington state who runs the not-for-profit Progressive Congress Action Fund, to learn whether it's common for left-wing PACs to pay themselves. "The bigger PACs require full-time staff to operate -- to raise money, to vet candidates [and] to file reports," she said. "I think the key question would be more one of whether people giving the money understand what it will be used for. ... There's a trust relationship with donors that requires some truth and transparency about how money is going to be used."

The FEC reports show that Hamsher's PACs are a significant source of income for Firedoglake, but my experience trying to question her about them suggests that she's not big on transparency.

FDL Action PAC supports liberal causes and candidates, often with targeted campaigns such as "Tell Blanche Lincoln and Mike Ross to Act Like Democrats." Accountability Now's stated goal is to recruit primary challengers against members of Congress who "sell out the interests of their constituents in favor of corporations," according to its site.

The PAC also paid $4,000 to Firedoglake for "rent," according to its FEC filings. This expenditure is difficult to understand. Hamsher has operated her web site out of post office boxes at UPS Stores in Los Angeles and Falls Church, Va., and the Accountability Now web site states that "we have purposely avoided hiring a large staff or incurring the type of unnecessary expenses typically incurred by PACs (including even office rentals) in order to make our donors' contributions last as long as possible."

Out of the $234,920 raised by FDL Action PAC in 2009, $44,192 was paid to Firedoglake and other business entities affiliated with Hamsher, according to FEC filings. The PAC paid $16,411 to Firedoglake for "shared general administrative expenses," $14,111 to the site for "list purchase," $9,920 to CommonSense Media for "online advertising" and $3,750 to KMP Research for "strategic consulting."

The reasons for the expenditures are provided on the filings by PAC treasurer DeVeria Flowers. The list purchase is presumably the sale of a mailing list from the Firedoglake web site to its own PAC. CommonSense Media is a liberal ad network run by Hamsher and KMP Research is a business entity that Hamsher uses in both PACs to pay herself. It has the same post office box as Firedoglake in Falls Church.

Two people who Firedoglake paid to work towards passage of health care reform in 2009 don't show up in FDL Action's FEC filings for the year. FDL raised funds in July 2009 for Eve Gittelson and Noelle Cigarroa Bell to "work full time on this until a bill passes." Gittelson and Bell, who write online as Nyceve and Slinkerwink, announced six months later that they "no longer work with, or receive funds" from Firedoglake. None of their political activity is reflected in the PAC's filings, which raises the question of where donations were sent and how the women were paid.

Trying to understand how the PACs operate, I interviewed several former Firedoglake employees and tried unsuccessfully for the last five days to get Hamsher or Flowers to answer questions about specific expenditures. Flowers did not respond to emails. In an email exchange Sunday, Hamsher refused to answer any questions about how her PACs spend their money.

Instead, Hamsher questioned me repeatedly to see if I'd tell her which employees talked to me and what allegations they might have made. "I'm assuming from your answer that no former FDL employees have made statements or provided any information that will be used in the article," she wrote in an email, "since you have not informed me of nor allowed me to respond to any."

With one exception, the employees spoke to me off the record so I'm not passing along what they said. They were asked the same questions posed to her. PACs are accountable to the public for where their donations are spent. The only person who had trouble giving me an answer was Hamsher.

In December, Hamsher used FDL Action to urge the Susan G. Komen for the Cure Foundation to fire Sen. Joe Lieberman's wife Hadassah Lieberman as a consultant because of her work for a health industry lobbying firm. Hamsher wrote, "Each year they take in hundreds of millions of dollars from people who want to end the suffering of those who are fighting breast cancer. How these donations are channeled, therefore, is of great concern to those those who have invested untold amounts of money and support in its work."

The same principle is true here. As of this morning, FDL Action PAC has collected more than $270,000 from around 9,100 individual donors.

In the six years since she founded Firedoglake and named it after her fireplace, dog and the Los Angeles Lakers, Hamsher has built a well-oiled outrage machine that's now firmly pointed at the White House and its Democratic allies in Congress. These headlines from Hamsher's blog posts show that she's mad as hell and she's not going to take it anymore:

Hamsher's exceptionally good at getting people to put their money where her mouth is. But because Firedoglake is a blog that's dependent on financial support from PACs, it makes me wonder how much of her outrage is real and how much is driven by the constant need to fire up donors.

I posed that question to David Ferguson, who used to be in charge of Firedoglake's "Late Night FDL" feature under his pseudonym TRex. He replied, "I would hope that Jane wouldn't be so cynical as to exploit her readers in any way. I do know that working for her, there was a constant sense of crisis. Everything was always a blazing, four-alarm emergency, and I think some of that is what comes through on her blog. I don't know whether that's something she's working for effect or if that's just the way she is. Some of her alliances over the last year have genuinely surprised me, though, particularly with regard to the flap over the health care bill."

The photo of Hamsher was taken by Neeta Lind and is available for reuse under a Creative Commons license.

Great piece! Whether or not one agrees with the expenditures (I'm not taking a stance either way here), it's always interesting to follow the money.


"Money is the mother's milk of politics." --Jesse Unruh


I've previously contributed to FDL but would think twice now about doing so again.


Thank you for committing this act of journalism.

I just want to say that I am the current Executive Director of Accountability Now- with my own blog (Not Larry Sabato), and very easy to find contact information for- and no one ever contacted me for this story.

True. I contacted FDL Action PAC treasurer DeVeria Flowers and Accountability Now PAC treasurer Jane Hamsher on Thursday and on Friday, and on Sunday I contacted Hamsher again and we exchanged several emails. I submitted around 10 questions I had about specific expenditures and said I was filing Monday.


At any point she and Flowers could have told me that other people in their organizations are the ones I ought to contact. They also could have forwarded my questions to other people.


I gave them four days' advance warning the piece was coming and reached out in email and Twitter.

Terrific piece of reporting--thank you.

Go to Balloon-Juice to see Greenwald's reply to this.

So the piece was going forward regardless of whether you had accurate info from Hamsher or not, huh?