I'm Thinking About Sex at This Very Moment 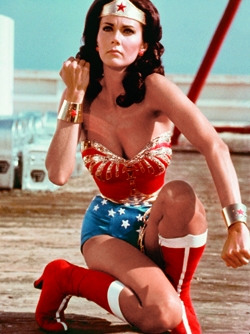 We're having a discussion on the Drudge Retort about how often men and women think about sex. Member2586 commented that "Rudov is right, women are as interested or even more interested, in sex as men are."

He's quoting Marc Rudov, a self-described "antifeminist" who writes often about how men are getting the short end of the stick on issues like child support, alimony and relationships. Rudov's written a book with the full-of-win title Under the Clitoral Hood: How to Crank Her Engine Without Cash, Booze, or Jumper Cables. The book offers advice on "how to know in advance she'll be safe for you, compatible with you, and have real orgasms -- so you don't waste your time." I'd like to buy a copy to leave at someone's house in a conspicuous place right before he hosts a big gathering.

Men also have more sex partners. A 2007 survey found that 29 percent of American men reported 15 or more sexual partners in a lifetime, compared to 9 percent of women.

Perhaps I'm a sad freak who's been using the Internet too long, but I don't think I've gone a day without thinking about sex since the first time I saw Lynda Carter in her satin tights fighting for your rights.


Now, I too am thinking about sex.

If you don't realize that women are hornier than men, you don't know women. Women think about sex all the time, too, but they have been socialized to deny it.

If you don't realize that women are hornier than men, you don't know women.


My wife doesn't allow me to know women. She would also be against me peeking inside their drawers.


If women are hornier then men, why are there so many more female prostitutes than male ones? If you are right and women are lying in polls, heterosexual women who would pay for sex are an untapped market.


It is very simple...how many women can go to a club open their legs and get laid? Nearly all of them...whereas if a man were to do that he would likely get laughed out of the club...

I don't think I've gone a day without thinking about sex since the first time I saw Lynda Carter in her satin tights fighting for your rights.


Someone ought to advise National Geographic to update their wiki page. Also, not to rewrite your fantasy but Wonder Woman wore panty hose, not tights.

Not according to the theme song that ran in front of every episode:
"In her satin tights... fighting for your rights... and the old Red, White and Blue!"

I'm always amazed at the statistics which show a huge discrepancy between men's and women's head-count of sexual partners - don't they know most sex is done one-on-one? Those few women who skew the men's numbers so much, while not significantly impacting the overall women's statistics, must have hundreds of thousands of partners each.