Bloglines Offline for Hours (and Outsourced to China) 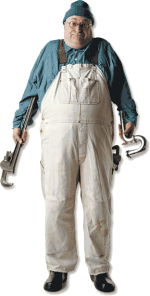 Things aren't looking good today at Bloglines, the popular web-based service I've been using for years to read RSS feeds. The site has been offline for at least eight hours and isn't even responding to web requests with an error. Instead, requests time out with the error "The server at bloglines.com is taking too long to respond" (in Mozilla Firefox) or "cannot display the webpage" (Internet Explorer). Apparently, the Bloglines plumber who appears whenever there's a system outage has been laid off.

Some people are getting the error "Port 80 says: Bad Gateway ... proxy server received invalid response from upstream server," which suggests that there's a load-balancing problem with the site.

The Next Web reported in October that the owner of Bloglines, Ask.Com, tried unsuccessfully to sell the site and has outsourced the operation to China. An unofficial Twitter account, bloglines, has been tracking the site for a while and claims that it's now being run strictly "in maintenance mode."

I am a member of the RSS Advisory Board with Bloglines engineer Paul Querna. After I sent him an email to see what's up, I found out he's not the right person to ask either. He left Ask.Com in January to join Joost, not long after writing this on Twitter:

Ask.com has effectively killed Bloglines, and barely maintain it. I love the beta UI, but I'm tired of being abused by Ask.

Even if Bloglines comes back, it's clearly time to export my OPML subscription list and move to a new service. It's a shame that Ask.Com hasn't been able to make the service commercially viable. Querna and the other developers made it one of the best web-based readers, with full support for RSS and many of the RSS namespaces. We used Bloglines as one of the targets for the RSS Best Practices Profile. I am surprised there was no buyer, since it appears to me that the site has archived millions of RSS items it served over the years. That archive alone is valuable, and Bloglines also has a large user base. Deja News, an archive of USENET group posts dating back to the network's founding in 1979, was sold to Google in 2001 and became Google Groups.

I tried to ask Jeeves what's wrong with Bloglines? He's out of the loop too.

Update: There's a chance Google might have a cached copy of your Bloglines OPML subscriptions (the public ones, not the ones you've marked private). Search Google for the URL http://www.bloglines.com/export?id=rcade, changing rcade to your Bloglines username.

> Eric Engleman, who has served as the Bloglines general manager, just said on Twitter that he "would love to have an email address I could contact when I notice lots of Twitter complaints."

twitter.com : Someone from Ask.com is online and endeavouring to contact someone that can do something about the outage.

beta.bloglines.com still seems to be up and running.

what is an OPML subscription list?
Is it somewhere on my computer?


Like to get back my 301 subscrips to move elsewhere.


Too bad about bloglines, thought it was great.


any info appreciated. thank you

An OPML subscription list is an XML file that contains your subscribed RSS feeds. You can use it with many RSS readers to import subscriptions from another service.


Bloglines and other RSS readers can export your subscriptions as an OPML subscription list. You save that file, then look for an import command on another reader.

This explains a lot. Thank you for posting a suggested way to retrieve my subscriptions. I was just starting to wonder how I would recreate that list in another service.

Any idea how to export one's feed list from the beta version? That's still up at this moment (thanks for the tip, Andrew).


I don't see a button or menu item or link anywhere, although I am allowed to log in, see my feeds, etc.

Okay, main site is up now. Just exported my list of feeds.


Thanks for putting up this post, Rogers. Very helpful.

As per usual - just read your post in the good old fashioned version of Bloglines...


It is the hub for my OPML of feeds so always good to have a reminder to export it somewhere safe.

We, at Bloglines, wanted to let you know that the data center where Bloglines is housed is currently experiencing hardware issues. As a result, we are experiencing sporadic downtime of Bloglines. The network and operation teams are working aggressively to solve the issue and we're hopeful that things will be up and running shortly. We're sorry for any inconvenience this may cause you. And as always, thank you for using Bloglines.

I switched to google reader recently. took a while to get used to it, but i'm really liking it now. exported everything from bloglines, imported to google. worked great.


i left because i was sick of all the downtime, sick of opening up bloglines and finding everybody with 200 new posts, sick of the whole thing.


never had a single problem with google. sorry for the inconvenience, huh? i don't have any more inconveniences with my subscriptions.

I started using Bloglines a few months ago and it has worked very well for me, even counting today's outage. I had no idea that these problems existed until I read this article. Oh well. Can someone recommend an alternative that isn't affiliated with Google? Please reply to me via Twitter (click my name below).

Yeah, it's back up. But what about the 4 requests I've put in for them to reset the problem with the Craigslist feeds, that are still working (I can load them into my browser), but Bloglines just shows as having an error and can't read them?


I've tried Google Reader. I'm not impressed. It takes me three keys (that I can see) to take care of what one key does in Bloglines.


FeedDemon/Newsgator, well... I tried it. Seems to work similar to GR.


The problem probably relates to the fact that I've got over 1000 feeds, not all of which I follow like a hawk. There are some that I will read if I have time, otherwise, it's on to the next thing.


At least I'm seeing that GR and FD keep my folder structure. The first time I ran GR I found all my feeds were now alphabetical.


Have any of you heard of this neat little function available in all blog post creation platforms since 2001 or so called "the edit button"? There's also some funky-cool HTML code that's been around since 1998 or so called "h1", "h2" and "h3" tags.


Why do I ask? Good question! You guys left this out-of-date article completely unedited, including the following unfortunate tidbit:


"An unofficial Twitter account, bloglines, has been tracking the site for a while and claims that it's now being run strictly "in maintenance mode.""

I just signed up and am now the sort-of-proud owner of a new Bloglines account, so your article is obviously *wrong*. I hate things that are *wrong*. Perhaps you should use the tools I mentioned in the first paragraph to make the necessary corrections (hint: the word "Update" goes between the HTML title tags) .

I feel for Paul and the entire Bloglines team. This sounds exactly like my Rmail nightmare.

Marah Marie: Right on! And don't get me started about all those newspapers talking about Hitler occupying Poland. Damn country hasn't been ruled by Germany for sixty years now, but you think those lazy reporters have bothered to make updates to their now-horribly-inaccurate articles?

@Vance: Just because newspapers can't update already-released copy (it's physically impossible to do so) does not make anyone failing to update online news OK. We clearly have a huge advantage as online authors in being able to dynamically update our content whenever we want or need to, and by all means we should distinguish ourselves from our dead-tree brethren by flaunting our ability to do so.


You'd think people would be grateful for the excellent CMS, search and research tools available these days coupled with how easy it is to find readers, and how nothing involves printing anything on paper anymore. Instead people act like it's s-u-c-h a d-r-a-g to *edit* anything; clearly it's a sign that they're just plain spoiled by how good we have it now. And no, I'm not quite as old as this comment makes me sound.

So, Marah... was that an apology to Rogers? 'Cause you kinda owe him one for your snarky/incorrect post.


Or will you not revise yourself?

@Marah: Rogers' explanation of what I meant (it was me he was quoting) by "Maintenance mode" is correct. They are keeping the site up and running, but they don't have any developers working on it, and they don't provide any customer support for it.

@Roger, I would appreciate it if the Eric Engleman quote could be removed attributed correctly, it wasn't actually said by Eric. It was his twitter account repeating a direct message that I sent to him asking Eric if I could have an email address to raise these kinds of issues within Ask.com (since I tend to notice these things before they do.)

It really is too bad that Bloglines is going to the dogs. I like it a lot better than Google Reader. GR just adds too much overhead to the task I want to do, which is read my feeds. There are offline solutions, I know, but Bloglines was great and I could get to it from anywhere.


All those Internal Server Errors were just getting to be too much. Glad it came up for me long enough today to export my OPML file, but bummed I have to.


Takes you to www.bloglines.com - which advertises one job on it. But with no date that I could see.


Instead people act like it's s-u-c-h a d-r-a-g to *edit* anything; clearly it's a sign that they're just plain spoiled by how good we have it now.


I correct weblog posts all the time, Marah, even from people who are being obnoxious. But in this case you were wrong, so your request for a correction was disregarded.

Google reader and feed demon are best in my opinion.

That enormous archive isn't worth all that much, I'd think. It's pretty dirty data (lots of duplication, escaping problems, etc.), and let's face it, most of that stuff is still out there on the web in HTML form, indexed in Google.

Is the Eric Engleman who is posting here and the related twitter account the Eric who want to New York in 2000 or 2001 to visit an aunt named Hildegarde?

I always learn something new from your post!Great article. I wish I could write so wellâ€¦â€¦..
dream vacation network